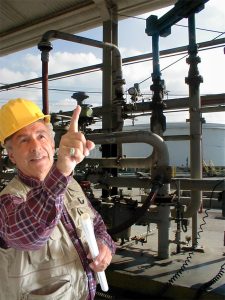 Until 1993, California joined the minority by applying the Doctrine of Peculiar Risk to the individual that hired a contractor. The public policy was that between the innocent workman and the landowner who would benefit from the work on the land, the latter could best suffer the loss of the injury to the workman. The Second Restatement of Torts at 426 states that the owner of the premises is not usually liable for the negligent acts of his contractors if the contractors negligence consists solely in the improper manner in which he does the work and it creates a risk of harm that is not inherent in the work.

Peculiar Risk or Special Risk is merely a risk that is associate with an activity; i.e., working at heights, working with explosives, etc. The peculiar risk doctrine was held to protect the innocent third parties and adjoining property owners from injury due to the negligent acts of a contractor. It prevented the landowner from hiding behind the contract shield for the dangerous acts of those he hired. California and a few other states extended this protection to the workman. The injured party could obtain relief from the Workman’s Compensation Insurance System and then take another bite out of the apple by suing the landowner under the peculiar risk doctrine.

In 1993, the California Supreme Court in Privette v. Superior Court, 5 Cal. 4th 689 ruled that peculiar risk was still a valid doctrine to all but the employees ofthe contractor. Workmen who are injured on the job are confined to the workman’s compensation system for relief for injuries caused by the negligence of his employer. However, he is still able to sue others whose negligence may have caused or contributed to his injury. For a further discussion of Peculiar Risk see the 2012 Supplement to Slip and Fall Practice  Section 2030.